Building up to some more playtesting of The Dee Sanction, ready or not. As mentioned before, the game will use the same basic mechanic of needing to roll a 7, but I’ll be testing new approaches to improving the chances of success.

Characters track their physical and mental condition with a Wellbeing grid – but all characters broadly have the same capacity to withstand harm. I may well tinker with the mechanics in their as well, which will be novel as they’re untested as it is.

The adventure is one thing I’m certain of, as I have run it before – but that means I can worry less about the specifics of the story and give more attention to the way the game runs, mechanically.

I also have a degree of confidence in the character generation process, which has worked seamlessly on all occasions I’ve run the game. I haven’t done any expansion of it since the last time I ran it – which should be on my list of things to do.

While The Cthulhu Hack underwent playtesting, that covered a small aspect of the system that varied from the source of The Black Hack. Here, the whole thing comes from somewhere inside my fevered imagination. I hope that in the not too distant future I will get the core of the game down in written form, rather than a pile of written notes and random thoughts inside my head.

Once I’ve got through my game development To Do list, expect draft v1.0 of The Dee Sanction next. 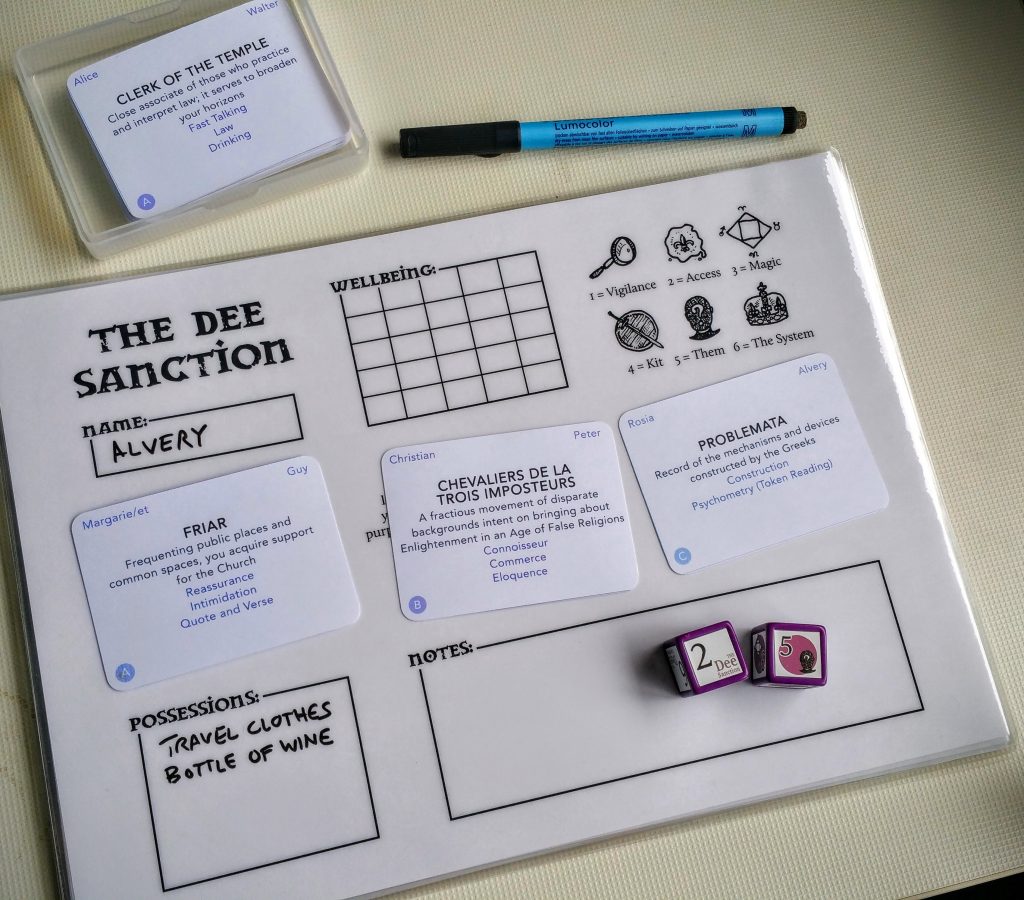