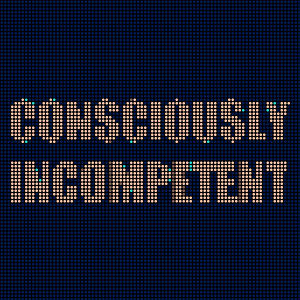 The setting for 214 games assume that all characters have sufficient common skills to survive, but nothing more. They’re not hyper competent superheroes or expert field operatives. They’re just consciously incompetent in most respects. Sometimes they’re more capable, but that expertise exists within the character cards and playing with them can lead to a whole pile of troubles, right?

In the course of play, doing something that isn’t challenging, stressed or time sensitive just happens. If you take a leaf out of reality, most of us will experience a certain measure of the jitters when placed under stress with no time and too much riding on our success. Only in these circumstances should the dice appear.

For example, your character stalks through heavy forest seeking out a suspected camp of bandits. She raises a hand to call a halt to the march of her colleagues and waits for a moment. You ask the GM whether you can hear any calls or sense the presence of the bandits. The GM checks his notes and tells you that after a few moments straining to hear or sense anything you detect a hint of wood smoke. No need for a roll – as you could be dropped into a forest right now and with your untrained senses smell the distinctive odour of burning wood.

On the other hand, when the characters do find the camp, they discover the area in disarray. The tents have been torn to strips, the ground churned up, and the fire extinguished and scattered. Your character wants to know what’s happened here, but that kind of knowledge is anything but common. Your character is a secret member of the Accademia dei Segreti, a ‘scientific’ society that studies the esoteric mysteries of nature. You draw the GM’s attention to this and make a roll – hoping to roll a 6, 7 or 8 for success, or risk the unwanted suspicions of your colleagues.

You always get some form of success when you make the roll – but most times that success doesn’t come about due to ability alone.

They’re all examples of success, but the price of that success becomes increasingly drastic and potentially dangerous to your future well-being.