The Dee Sanction character sheet. Or, more precisely, another character sheet. In the space of four years – and it has been that long, as I can evidence from the session at Dragonmeet in the dim and distant past – the table has seen a variety of record sheets for the game. 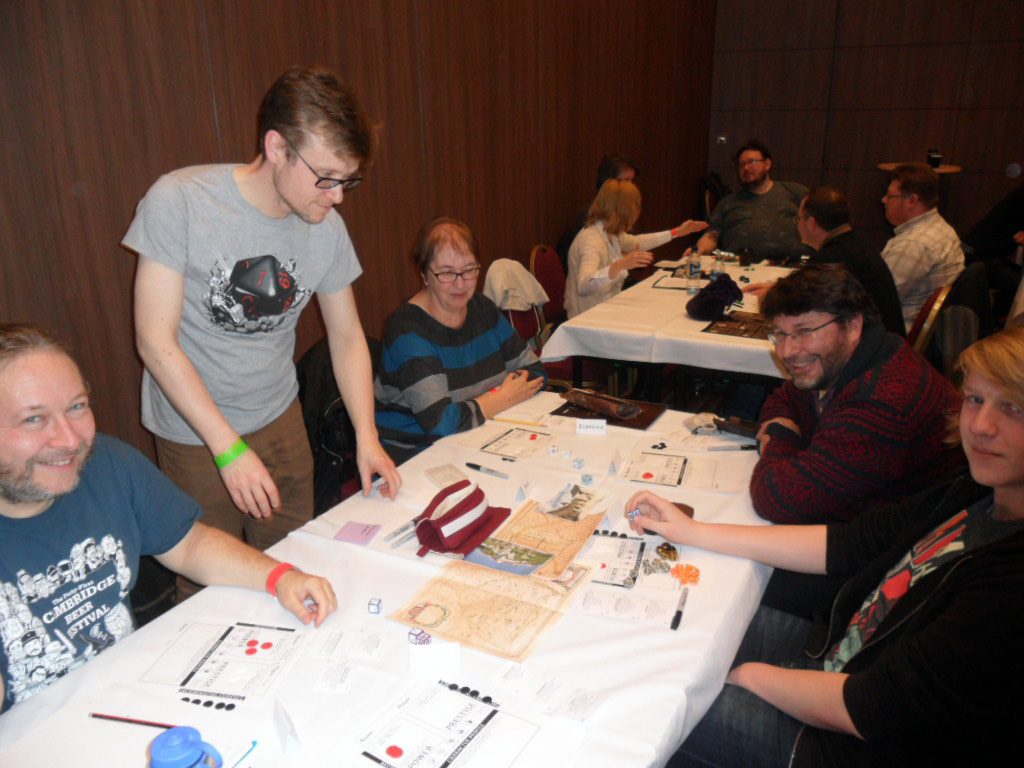 In the pursuit of further playtesting, another sheet has appeared in short order – this one tailored to the current mechanics that echo a simplified version of The Cthulhu Hack. There has never been a shortage of tabletop paperwork! 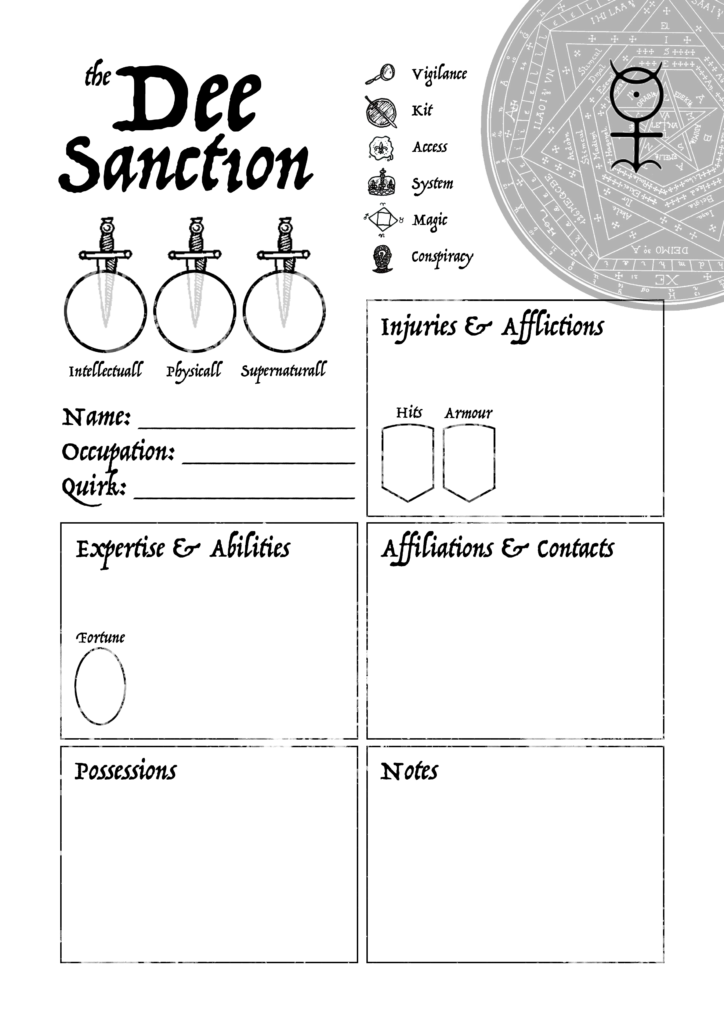 More on the mechanics of the game to come! 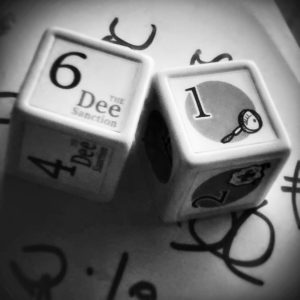 While I have been tied up with matters technical for the last week or so, I have had the opportunity to commit myself to some playtest games at upcoming events. I’m certain this will sharpen my interest in getting more low level playtesting done in the meantime.

While I’ll be attending Furnace in Sheffield, next week end, I will not be running any games – although, I might take something 214 along just in case I have the chance come evening time.

The following month I’ll be at IndieCon for three days (of the four day event). IndieCon, sited at Hobourne in Dorset, on the south coast, runs between 6th – 9th November. I’m there partly to assist with All Rolled Up, but also to run games and catch up with folk.

I will be running sessions of Complex 214, The Dee Sanction and Night’s Black Laundry – though not necessarily in that order. The first two will be playtest sessions for 214, while the NBL session will use my The Laundry/Gaean Reach mashup of the Gumshoe system. As they all use card-based character generation, that will be my focus over the next few weeks. I already have the set prepared for NBL, but only a few for C214 and none for TDS.

All being well, I might even squeeze in a game of Advanced Fighting Fantasy (AFF) – but, we’ll see how the weekend pans out.

Come December, we then have the new and enlarged Dragonmeet to attend. That’s Saturday 6th December at the ILEC Convention Centre.

I will be running a session of Complex 214 – though a different one to the IndieCon adventure. There’s a possibility I might have players attending who have played the previous session, so I had best be prepared. Also, it doesn’t make sense to playtest with the same adventure every time, as that isn’t really giving the system a proper run. I want to stretch my legs and try different approaches.

I will also be running a game of AFF that afternoon – as the game I run intentionally aims at just a 90 minute session. I will, however, look to vary this a little also – as I quite like the idea of having quick, drop-in style games suited to filling a partial slot of even doubling up in a big one.

All very busy – so, I need to get this computer/web stuff sorted and get on with it.